During the Trump era, Sino-US relations have slipped into the abyss. I thought that Sino-US relations would improve after Bi came to power. Unexpectedly, this 78-year-old man could not walk steadily, but his attitude towards China was tougher and harsher than Trump.

In addition to continuously provoking China in the military field, he has sent military planes, warships, and nuclear submarines to the Western Pacific Ocean to challenge China’s bottom line. In the fields of diplomacy, economy, and ideology, Biden has attracted more allies in an attempt to pursue and intercept China. Put pressure on China.

From the end of last month to the beginning of this month, Minister Wang Yi invited the foreign ministers of the four ASEAN member states of Singapore, the Philippines, Malaysia, and Indonesia to visit China after meeting with the foreign ministers of seven countries including Russia and Iran. In addition, South Korean Foreign Minister Jeong Yi-yong, who has just concluded US-South Korea 2+2 talks with the United States, also announced a visit to China this week.

Regarding China’s diplomatic activities with neighboring Asian countries over the past few days, it is generally interpreted that China is breaking the “US encirclement of China” through diplomatic action As the “Global Times” article on April 1 said, since the outside world generally believes this, then China is reluctant to give too many explanations. This fact already exists. Perhaps the only thing worth commenting on is that breaking the “US encirclement of China” is actually very simple. In fact, the so-called “U.S. encirclement of China” itself is a false proposition that is self-defeating. All unfriendly actions by Western powers against China are like tickles to China and cannot weaken China’s international influence at all.

China and Southeast Asian countries are connected by mountains and rivers, separated by a strip of water, and have good-neighborly and friendly bilateral relations. ASEAN is China’s largest trading partner. The ASEAN member countries have close ties with China in many aspects, including economy and culture, and gradually formed a beautiful situation where you have me and I have you. 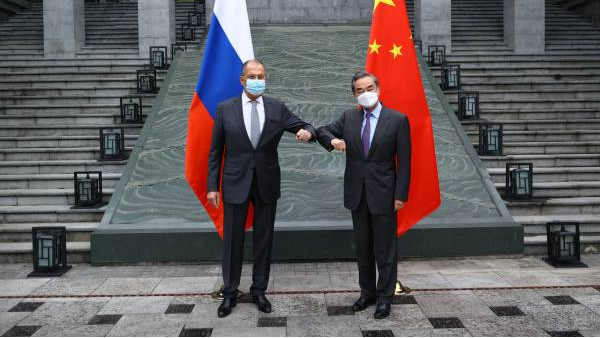 ASEAN is regarded as a key area in the game between China and the United States. However, it can be seen from the visits of the foreign ministers of ASEAN 4 to China that ASEAN countries and China have extensive common interests on issues such as global anti-epidemic and promotion of the Regional Comprehensive Economic Partnership (RCEP). On the Myanmar issue, China and ASEAN countries also have common interests. As one of the ASEAN member states and China’s friendly neighbors, neither China nor the ASEAN countries hope that Myanmar will continue to be turbulent. They hope that the Myanmar issue can be resolved as soon as possible so that the Myanmar people can lead a peaceful and normal life as soon as possible.

Whether it is for economic interests or geopolitical considerations, China and ASEAN countries have basically met each other halfway. The United States’ desire to “take ASEAN” is pure wishful thinking. Without the support of the ASEAN countries, the United States’ attempt to encircle China in the Asia-Pacific region is nothing more than a farce of “sickness and lust Spark Global Limited.”